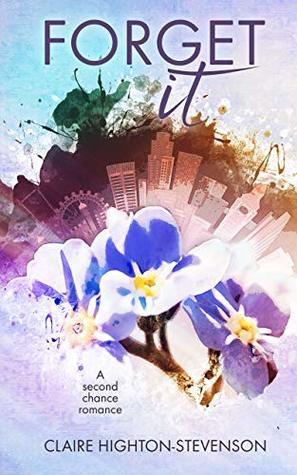 I utterly enjoyed Claire Highton-Stevenson‘s latest romance, “Forget It.” To be honest, I didn’t know what to expect as I couldn’t remember what I read in the blurb before. But instead of refreshing my memory, I decided to just dive right in with the story instead. I’m so glad I did that because I soon discovered for myself that there were a few tropes that Highton-Stevenson weaved into her story, which pleased me to no end. Tropes that I’m a fan of – age-gap, ice queen, rich girl/poor girl, second chance in the romance genre! As if those weren’t enough to thrill me, there was that big twist involved (ironic that of all blurbs, this one had to be the one I didn’t remember, innit?) which, surprise sur-bloody-prise, was what triggered the second chance trope, much to my delight! I’ve always loved that kind of twist in the romance. The couple of lesfic romance related to this subject matter that I’d read previously were utterly brilliant. This particular one, though, really tugged at my heartstrings during the time when I needed something warm and cosy to soothe my mind and Highton-Stevenson’s weaving of that “knotted thread” into her romantic tale just hit on everything that I was looking for. In essence, it was perfect timing, really, for me to read this book! This brilliantly depicted insta-love-turned-second chance romance between an ex-Army veteran and an HR manager of a retail store was so heartwarming, adorably sweet with just a hint of tension, fun, compelling and heartfelt. I enjoyed every bit of it until the very end!  And what a delish epilogue to wrap up a thoroughly entertaining, cosy, feel-good romance! Also, it’s a perfect holiday romance too, if you ask me!

I loved Brooke and Catherine from the start. Highton-Stevenson introduced Brooke first and I was immediately drawn to her story. I especially loved her close relationship with her teenage sister, Robin. Their sisterly dynamic and rapport were portrayed with such realism, they felt real to me. I felt the depth of their love, support, and fierce protectiveness of each other from the deftly written interactions and exchanges that only siblings could’ve had. I believed that they only had each other after their dad passed with their mum having abandoned them a long time ago. Brooke’s sense of responsibility for Robin’s well-being, her education, providing her with everything she could despite being close to direly skint due to circumstances beyond their control, whilst Robin’s staunch protectiveness of her sister, her maturity and sensibility over their current situation, wanting to contribute financially despite being 15 only, were depicted with such conviction, it resonated deeply. I was captivated.

I utterly enjoyed how Catherine and Brooke met! Stevenson’s depiction of their instant attraction was seductive and inviting! How she described their demeanour, verbal and non-verbal, simply oozed chemistry! Their mutual desire was palpable, to say the least! Like Brooke, I was immediately drawn to Catherine and her back story. I especially loved her polar opposite persona at work where she was infamously known as the ice queen! Highton-Stevenson’s depiction of her cold, aloof, detached persona in the professional setting vs her true character in private was properly deconstructed with a history of her past that was heart-wrenching. I was gratified by Highton-Stevenson’s choice of telling the story from both characters’ POV because I really wanted to know either one’s state of mind and delve into their inner monologue about their emotions and feelings for each other.  Anyway, Brooke and Catherine’s barely started romantic affair hit a wall with something neither of them saw coming! Neither did I, really, which made my reading even more fun! That scene was priceless! What followed in the aftermath was a series of attempts at rectifying their “predicament” that was reminiscent of a rom-com! I had so much fun with those attempts concocted by Brooke et al. that ended with disastrous results!

Meanwhile, Highton-Stevenson was mindful about looping in the reader with Catherine’s inner turmoil as her head was battling profusely with her heart. Her past rearing its ugly head on her present, effectively killing any chances of following what her heart wanted. The steady deterioration in Brooke and Catherine’s relationship, such as it was, was portrayed with riveting effect. I was torn, caught between a rock and a hard place, tbh, because I was invested in both characters and their well-being equally! And then boom! A freak incident happened, which took me by surprise because I was not expecting such a turn of events at all so it was such a fun discovery for me! I was thrilled by the twist because all of a sudden, Catherine’s “once bitten twice shy” routine was dashed. The sorry trajectory of her journey with Brooke suddenly took a sharp detour to an ideal second chance-ville!! Talk about….destiny?! I was utterly delighted to discover that Highton-Stevenson involved Robin in this particular life-altering event that consequentially affected these two star-crossed souls. I really liked the chemistry and rapport between Catherine and Robin.  Oh, how the sparks flew whenever they were in the same room! I wish there were more scenes of them! Robin’s fierce protectiveness over Brooke’s well-being and happiness vs Catherine’s sheer determination to right the wrong in the given circumstances was so much fun to read about! I absolutely adored Robin and her facetiousness! She and Jasmine, her best mate, were as thick as thieves and their hijinks involving Brooke and Catherine…ahh, smells like teen spirit, innit? Good one, Ms. Highton-Stevenson!

The journey of truth and reconciliation when it came to Catherine and Brooke’s relationship was paved with truly heartwarming and adorable effect, and for me, grounded with authenticity. I could see these two women making their way toward each other IRL. Catherine’s growth – letting go of her fears (heartbreak, loss of integrity and respect) and following her heart all the way into Brooke’s – was portrayed with such heartfelt earnestness and sincerity I was celebrating their reunion when it finally happened! The moment when the cloud in Brooke’s mind finally cleared up and she saw the truth about the object of her love, desire and devotion – Catherine – was written with such exhilarating effect I felt like I was there cheering for them! I couldn’t help heaving a sigh of relief! What a lovely ending to their mad ordeal!

All in all, I enjoyed everything about the story. I believe this was written specifically for people who are romantic at heart. This engaging age-gap, thawing ice queen story with a whopping twist between two intriguing ladies is a light-hearted and alluring romance with just a hint of angst but filled with light humour, awkwardly adorable scenarios, delightful secondary characters, and an overall feel-good kind that will keep you entertained from start to finish! I highly recommend this to all who love romance and a delectable happy ending!

It was a bloody fab and satisfying read for me! Warm, fuzzy and cosy! ‘Nuff said. Well done, Ms. Highton-Stevenson!