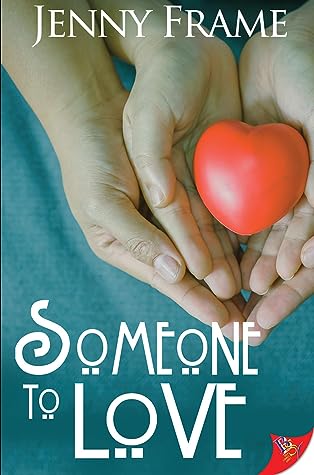 Jenny Frame‘s latest work, “Someone To Love,” is a spin-off of her previous book, “Unexpected,” which I really enjoyed very much specifically because of the originality of the story and how Frame executed it with heartwarming resonance. In the story, there was an antagonistic character, Trent, who was one of the MCs’ (Becca) ex, who really piqued my curiosity as I thought there was potential in expanding her storyline. And voila! Before I knew it, Frame announced that she would write a spin-off with Trent as the MC! Thus born this Book 2 of the Unexpected Romance series. Needless to say, I enjoyed exploring Trent’s back story and what made her who she was. Also, I always find it intriguing to explore a character who starts off as an antagonist in one circumstance but transforms into a protagonist when the POV turns to that individual in a new environment and set of circumstances, thus, making her an even more layered character altogether.

Essentially, this story was an age-gap, second chance, and a totally unexpected romance between Trent, a 40-year-old divorce lawyer, who was still licking her wounds, mentally and emotionally, even years after she and Becca ended their relationship, and Wendy, a 26-year-old “au pair” aka nanny, who left the country to nurse her heartbreak 5 years ago and only just returned to London after working as a nanny to various families from different countries. How did these two individuals, both having experienced a major heartbreak in their love lives, from totally different backgrounds, not to mention, polar opposites in every sense of the word, cross paths, you might ask. Well, as serendipity goes, you’d never know what’s lurking around the corner waiting to steal your heart just when you least expect it and when it strikes, there’s no escape, no matter how hard you try. Despite Trent being hopelessly averse to having kids in her life and Wendy who loved kids, always dreaming of having a family of her own, it was Trent’s sudden “inheritance” of two kids (from her cousin who died from a sudden tragic accident with no next of kin except her, their godmother!) who effectively ended her “freedom of singlehood” that brought Wendy into her life! Fate, it seemed, was not without a sense of irony, was it? (channeling Morpheus!)

END_OF_DOCUMENT_TOKEN_TO_BE_REPLACED 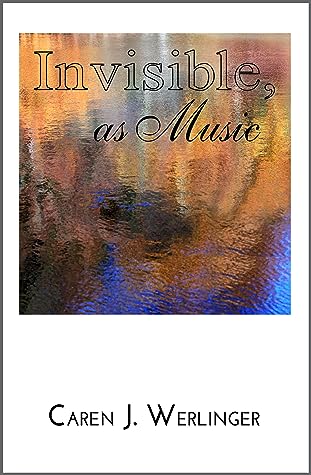 What can I say about Caren J. Werlinger‘s latest book, “Invisible, as Music,” eh? Gosh, Werlinger can really squeeze your heart, pull your heartstrings, with her stories, can’t she? After reading “Bittersweet Garden” and “When The Stars Sang,” I knew Werlinger would give me yet another thought-provoking, heart-gripping, gut-wrenching story about the human condition – the wonders, fragility, strength, power, vulnerability of it – in her own unique voice, which, I must say, always carries a certain spiritual undertone. And, I was not wrong because “Invisible, as Music” was absolutely captivating from start to finish, with some memorable moments I’d not soon forget!

Firstly, the title. Not knowing its origin, I was immediately intrigued because…music. Anything about music always perks my curiosity. And to add the word “invisible” to it… I don’t know but it immediately gave me this feeling of mystique. Invisible, as music… It’s so lyrically poetic. ‘Nuff said.

END_OF_DOCUMENT_TOKEN_TO_BE_REPLACED 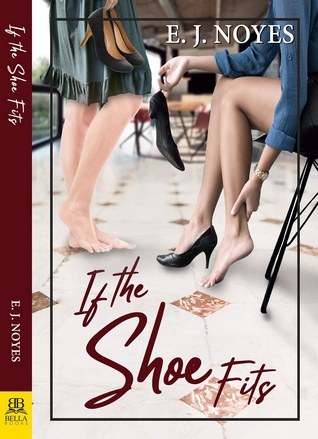 I was thrilled when I first heard that E.J. Noyes was going to write another story which would give one of my all-time favourite lesfic couples, Sabine (Sab) and Rebecca (Bec), from the “Ask, Tell” and “Ask Me Again” books their well-deserved, fully celebrated happy ending! Plus, the book would be about Sab’s sister, Jana, who was featured as a secondary character in the previous two books.

Anyway, “If The Shoe Fits” was a brilliantly written story about self-discovery, sexual awakening, truth and reconciliation, and living one’s true self, ultimately. I love Noyes’ voice in her writing because it’s always filled with emotional depth that relates and resonates so the characters and situations she creates are realistic. At least for me. Obviously, the same happened with this story as Noyes took us on Jana’s journey of metamorphosis. Speaking of, this story was told in a first-person narrative, focussing solely on Jana’s journey. I must say, Noyes’ first-person narrative always sucks me in, I was fully invested in the MC from the start because of how she crafts the character’s entrance and scene.

END_OF_DOCUMENT_TOKEN_TO_BE_REPLACED 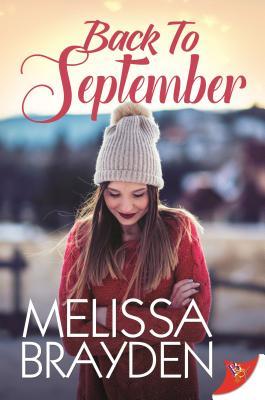 I’ve recently become a big fan of Melissa Brayden‘s books, although, I must say, I didn’t catch the Brayden bug until much later. Yeh, until I read her last book, “Beautiful Dreamer,” which sealed the deal for me. My all-time favourite Brayden book yet. Something to be said about one’s first, eh? Anyway, since then, I’d raced through her entire catalogue and got all caught up. So, when her latest outing, “Back to September,” was released, I had to explore it, obviously.

First off, as I began reading it, I couldn’t help but be reminded of one of my favourite movies, “Notting Hill,” because the setup sure had the feel of it – a small bookshop, an eccentric staff, bookstore owner encountering a celebrity in the shop, mutual attraction strikes, celebrity visiting owner’s home from the get-go, striking a nice, breezy, smooth, natural chemistry between them. In this case, Hugh Grant’s character was Hannah, the MC. Speaking of, this story was written in first-person narrative, from Hannah’s sole POV. As for Julia Roberts’ famous actor-celebrity character, it was Parker, a renowned romance author, the story’s other MC. But since this story was written solely as Hannah’s journey, I didn’t get a chance to get to know Parker’s character as well as Hannah’s.

END_OF_DOCUMENT_TOKEN_TO_BE_REPLACED

A follow-up to “Just For Show,” only this time, this story featured Stephanie aka Steph, Claire’s sister, who appeared in “JFS,” where Jae briefly introduced her as the family’s “black sheep,” who defied everything expected of her, from her rebellious lifestyle to her profession as a stand-up comedian. In other words, Steph couldn’t be more different than “goody two shoes” Claire. Anyway, Jae’s latest, “The Roommate Arrangement,” can be read as a stand-alone, obviously, but if you’re curious, I’d highly recommend that you read “Just For Show” just so you could have a wider picture of Steph’s character and her family including Jae’s inclusion of Claire and her now-fiancée, Lana, the MCs of “JFS” in this book. To me, “Just For Show” and “The Roommate Arrangement” are perfect companion pieces to read because they complement each other. And like JFS, TRA is a heartwarming tale of self-discovery, finding love in the most unlikely of places and circumstances, from friends to lovers, a slow-burn romance that will tug at your heart strings especially when you delve into Rae’s story!

END_OF_DOCUMENT_TOKEN_TO_BE_REPLACED

When Carsen Taite releases a book especially when it’s something to do with US criminal law/legal matters, I get very excited because as you may know, Taite’s my official go-to author for all things US criminal law-related. I love all her law-related books because I can always feel this sense of authenticity, the level of detail and knowledge that Taite innately injects into her stories. I love authors who use their other professional expertise to validate and substantiate the realism of the cases/plots weaved. For me, it makes for a better, more convincing, more informed read when I believe in what’s being written and told. But that’s just me, so…!

Anyway, back to Taite’s latest legal romance outing, “Leading the Witness,” which I read it in one short sitting. First off, I was already intrigued by what the blurb revealed about the story, the plot and the MCs. A seasoned prosecutor, a zealous defence attorney hellbent on grilling law enforcement witnesses in all her cases (aka a chip on her shoulder but as a result of very legitimate reasons which readers will get to discover as the story progressed), two attorneys with opposing methodologies in trying criminal cases, a high profile child kidnap case, an old equally high-profile child kidnap case resurfacing that was related to one of the MCs, not to mention, both MCs butting heads in every step of the way whilst also being attracted to each other! Intriguing, innit? But then, as I started reading it, I must say, how this story unfolded from the start was an unexpected one for me because going into the story, mindful of what the blurb alluded to in regard to the plot, I was prepared for what I thought would be Taite’s usual writing structure and storytelling style. Alas, it wasn’t and my intrigue level increased exponentially! For me, this was not the usual style that Taite uses in her writing and story-weaving of a crime-and-law-related plot and romance.