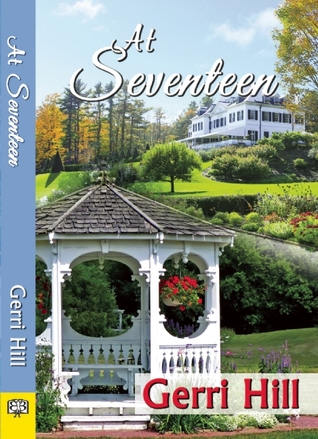 As with most of Gerri Hill’s romance novels, I found that I absolutely enjoyed reading and exploring the story in “At Seventeen!” Ultimately a MUST-READ, imo. But I must say, though, I had held off from reading this for a long while now because of its subject matter – gay girl getting married even though she didn’t want to because she was in love with her female best mate but denied she was gay and obviously because of that wretched fear she had of her own mum, fear of rejection, then had a kid and all that “hetero” stuff that I didn’t want to read in lesbian fiction. Something which I didn’t have the patience to delve into because I knew I’d be annoyed. So even though Hill’s one of my all-time favourite lesfic authors, I decided not to read this particular book (and the few romance she wrote that had the same “hetero lifestyle including marriage and kids” subject matter) then. I’m glad I didn’t read it at that time because had I done so, I know I wouldn’t have enjoyed it at all as it’d have given me hypertension from having to endure all the unnecessary angst that came with the protagonist living a lie for so bloody long, made worse by having absolutely no resistance against the controlling actions of one parent, resulting in pain, suffering and collateral damage to the truth, not to mention, to the life of the protagonist and her best mate, her true love!

But reading it now, at this point in time, I found my perspective about the whole “doing the hetero thing” shifted and expanded, not quite so rigid any longer. This repressed behaviour, as witnessed and observed amongst so many women (and men, for that matter) especially those who come from wealthy, powerful and/or influential social background (apart from religion), is the result of social conditioning, brainwashing, and the familiar side-effect of chronic emotional abuse from their own families who have a Svengali hold on every facet of their lives so they end up giving in to being controlled instead of fighting or resisting it, out of fear or habitual conditioning. Can’t say I accept or agree with it but I do understand the predicament of these affected individuals (closeted, in denial or simply not knowing) now. Funny how the passage of time changes/shifts our mindset, psyche, POV about certain issues, eh?