I love Nicole Pyland‘s writing so obviously I’ve read all her books and won’t miss any future ones. So when her latest, the post-epilogue finale her San Francisco series, “What Happened After…(San Franciso Series, #4),” came out, I quickly devoured it.

I must say, I like and enjoyed this series finale much more than the Chicago series. I was a little tentative at first because of the Chicago post-epilogue series finale. But then…I literally whooped in delight when I discovered that all 3 post-epilogue updates of the 3 pairings from the SF series (Books 1-3 – Keira/Emma, Joanna/Macon & Hillary/Amara) had….NO BABIES!!!!!! Thank bloody Christ!! I mean, I was truly baby-ed out from the post-epilogue “What Happened After…(Chicago Series, #4)”, if you must know. This one though, I was chuffed to bits finding out each couple’s married life and their future’s trajectory did not include tiny humans at all!! Phew! What a fabulous and delish surprise for me! Sigh of relief! **Why? Because not every lesbian couple’s future has to be about babies, you know what I mean?** So, cheers, Ms. Pyland!

END_OF_DOCUMENT_TOKEN_TO_BE_REPLACED 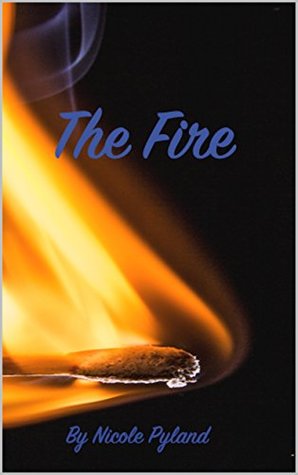 I just stumbled upon Nicole Pyland‘s 2018 novel, “The Fire,” whilst browsing through my Goodreads timeline recently. Its blurb piqued my curiosity, tbh, because I’ve always been fascinated with stories evolving around past memories. Memories about unfinished business that resurface one day out of the blue in the present time. After reading some great reviews and a high rec from one of my GR mates, I just had to read it and explore Pyland’s craft. And was I immensely glad I did because I simply loved it! Everything about it, really. Pyland’s writing was brilliant and her story weaving was superb. The overall tone, word flow and feel of the story and its main characters were just right up my street!

Speaking of the story, I thought “The Fire” was original, creatively constructed and presented with the appropriate physical, emotional and psychological effects of someone suffering from chronic PTSD as a result of  a devastating childhood trauma that persisted throughout her adulthood. Furthermore, I thought Pyland aptly and mindfully handled Ripley’s (MC) process of “coming out for air” in the presence of love from its inception to the possibility of a future after years of living under the fog of her trauma. Needless to say, I was enthralled by Ripley’s journey which Pyland brilliantly depicted with every stage of the her character development and growth.