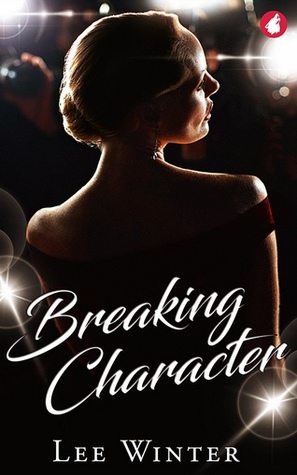 Yes. I devoured Lee Winter‘s latest novel, “Breaking Character,” as soon as I got me hands on it. Now, usually, I’m not a big fan of celebrity romances although I’d read a few, solely because of who wrote them. What made Winter’s celebrity romance story different (after reading the blurb), for me, manifested in four-folds, all being me favourite tropes in romance.  First of all, it involved an ice queen. Yes, I’m a big sucker for ice queens and I’m not gonna apologise for it, so there! As readers of Winter’s books are aware, Winter’s the Queen of Ice Queens. Her personification of her ice queen characters have been nothing less than sublime. So, I just knew that this latest ice queen character whom Lee created would be divinely different than any other ones (be it hers or others’), and another one to steal me heart (which she did from the get-go!). Anyway, back to “Breaking Character“‘s resident ice queen, Elizabeth, she’s also British. Let’s see, a British ice queen named Elizabeth…. Hmm… Hey, “Queen Elizabeth,” anyone? Intriguing.  Another interesting factor was that both protagonists, Elizabeth and Summer, were celebrity actors and co-stars, where one of them was the other’s object of hero worship and desire!

Then, there was the age-gap between them which intrigued me to no end! END_OF_DOCUMENT_TOKEN_TO_BE_REPLACED 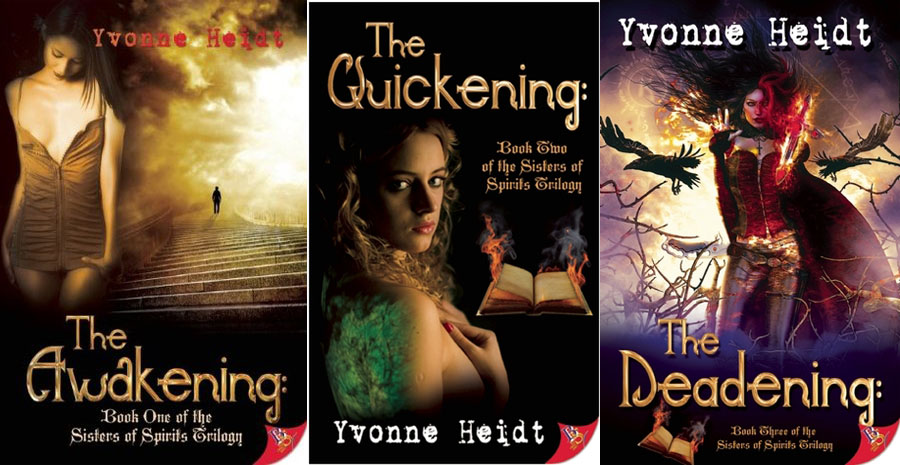 This commentary applies to all 3 books in the “Sisters of Spirits” trilogy – “The Awakening” (Book 1), “The Quickening” (Book 2) and “The Deadening” Book 3).

I lucked out again! Yup, recently stumbled upon yet another lesfic author I knew nothing about before! This time, it’s Yvonne Heidt. And she writes the kind of paranormal stories that I’ve been looking for in lesbian fiction! Yup, the ghost stories, haunting, spiritual, supernatural abilities, kind, that make the hair on the back of your neck stand erect with cold chills as you read the words on the pages! Honestly, being a huge fan of the paranormal genre, I hadn’t been lucky in finding one in lesfic that would grab me interest (perhaps I wasn’t looking at the right place). So I gave up looking for it in lesfic very early on. Until I stumbled upon Heidt’s Sisters of Spirits Trilogy, that is! What got me sold on Heidt’s paranormal trilogy was finding out that she, the author, is actually a real-life empath!!! Now THAT, I never encountered. So, I knew reading her stories would give me a whole different perspective, taking into consideration her own experience and exposure to the subject matter. Totally fascinating!