When I first found out that Rachel Spangler wrote another sports romance, only this time, it’s about a sport that I don’t think I’ve ever come across in lesfic – CURLING (!!!!) – I was like, “Whaa?!” That, in and of itself, thrilled me to no end because, firstly, it’s a sport that no one has written about in a lesbian romance, and secondly, I’ve been intrigued by curling since discovering the sport whilst watching the Olympics coverage a few years ago. My prior prejudice, prejudgement, presumptions about the sport went out the window upon discovering that there was so much strategy in the game! Like chess! Such complicated scoring criteria, too! Curling was definitely much harder than it looked! At the end of watching the entire match for the first time, I was aghast at the level of quiet competitiveness and stress, and had to admit that it was an intricately charming sport that I could easily get sucked into! *So I could relate to Max (one of the story’s MCs)’s initial scoffing of the sport!

In this sports romance, Spangler truly characterised and epitomised the sport of curling with rigour as I learned so much about it with all the details that she weaved into the story – terms, tactics, scores, movements, strategy plays, the hard work, sports coverage. What better to tell a story about curling than having the skipper (leader) of a small town curling team and a seasoned sports reporter who was recently relegated to the bottom pit in the world of sports reporting because of a huge scandal and steadfastly reluctant to be assigned to do a coverage on an unknown curling team in a small town. Bam, that’s Spangler’s story right there with all the intricacies, conflict, and other intriguing ingredients for a well-told and written slow-burn romance between two ambitious professionals from either side of the sport’s world. An athlete and a reporter.

END_OF_DOCUMENT_TOKEN_TO_BE_REPLACED 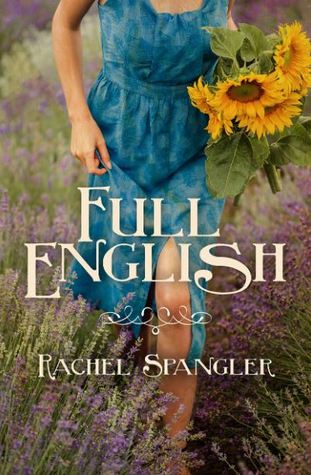 Thanks to Rachael Byrne (Les Rêveur), I won a couple of books from Bywater Books months ago and the ever-lovely Salem West (you rock, mate!) let me choose something that wasn’t published yet then but was listed, and that was Rachel Spangler‘s “Full English,” which is released on the pub’s site now and widely on 12th February. So, I received it and basically breezed through it. What a lovely and delightfully quaint, heartwarming story, indeed!

First off, the cover. Ok, someone, just give the incomparably gifted Ann McMan ALL the awards already! Just look at the cover! The colours! The lavenders! So vivid that I could literally smell me favourite scent amongst all flowers (because it doesn’t smell floral at all, thank heavens!) – in the name of the ENGLISH lavender! Yes, I stress on the “English” type because the French ones…well, I’ll let Spangler’s words (through Brogan) from the book elaborate why because when I read it I let out a chuckle because that’s exactly how I feel about the comparison! Anyway, the always eye-catching McMan cover, alone, only increased me already-excited feel about “Full English” (because I was curious about Spangler’s debut story set in England!). And Spangler sure didn’t disappoint! And well done, Ms. McMan!