After reading and thoroughly enjoying Eden Darry’s debut published novel, “The House,” I was looking forward to reading her sophomore effort, “Vanished.” Although after reading its blurb, I realised that it wasn’t going to be a horror story, rather, a speculative fiction, more like. I was intrigued to see how Darry weaved an apocalyptic/dystopia story, even though this particular sub-genre of spec fic isn’t my usual cuppa.

In the first few pages, I realised that this “end-of-the-world” story was going to have a heavy religious connotation throughout. Two words: NOAH’S ARK. Even if you’re not from the Christian/Muslim/Jewish persuasion, I’m sure you’ve heard about it since it’s been so mainstreamed already. Anyway, Darry started off the book with a huge storm and then a massively blinding white light descending upon the MCs (and the rest of the world), which caused the vanishing of just about everyone overnight! Well, except for the select (“chosen”) few including Ellery and Loveday, the 2 MCs, along with their pet dog and cat.

END_OF_DOCUMENT_TOKEN_TO_BE_REPLACED 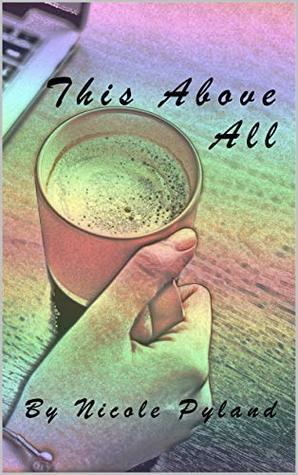 You know, since discovering her books, I haven’t been disappointed with Nicole Pyland‘s stories because her writing style and word flow are just my cuppa. Always engaging and her conversational dialogues just seep into the consciousness ever so effortlessly, so her characters feel real and their stories relate and resonate. At least for me. “This Above All” was no exception. The third installment in the San Francisco Series, I knew it would become my favourite of the series as Pyland brilliantly weaved Amara and Hillary’s story of self-discovery, love, reconciliation and hope with captivating and compelling fervour.

Ideally, according to Pyland, you should read the previous two installments, “Checking The Right Box” and “Macon’s Heart,” not to mention, Book 1 of the new Tahoe Series, “Keep Tahoe Blue,” which should be read in-between Book 1 and Book 2 of the SF series, first. But if you’re not particular about reading the stories in order, I don’t think you’ll miss out hugely when you read “This Above All” as a standalone. The only thing that’s applicable to this book’s MCs, Hillary and Amara, in terms of the previous installments, would be the scenes (very few) where Pyland described their so-called “encounters” and the back stories of Hillary’s featured mates. No worries, though, because she summarised them in this book. So, you can always go back to read the previous ones just to get a clear picture plus discovering the love stories of Hillary’s circle of friends, if you want. Nevertheless, Hillary, one of the MCs in this story, the lone single woman in her close-knit circle of friends finally got what she wished for this time around. Finding her one true love. Obviously, she’d been enamoured of this stranger whom she kept bumping into for the past year. In “Macon’s Heart,” she finally found out the name of the stranger who had so captured her attention and roused her attraction from the start. Amara.

END_OF_DOCUMENT_TOKEN_TO_BE_REPLACED

I’ve been watching out for Virginia Hale‘s work since her award-winning “Echo Point” which first drew me to her writing style and story narrative. I loved her debut novel. “Where There’s A Will” took up a notch in the storytelling category which impressed me. And now she has elevated the quality of her writing and story construction/creation to yet another level in her latest romance outing, “The Secret Chord,” which is now my favourite book of hers, thusfar! I have so much respect for new authors who consistently hone in and improve their craft, pushing their skills to challenge themselves creatively. I marvel at those who have that mindset. Hale has that quality.

Which brings me back to “The Secret Chord.” First off, it was the subject matter mentioned on the blurb that first piqued my interest. Catholic nuns/sisters and teachers. Convent school. Boarding school. Yup. I’ve always been drawn to and fascinated with stories about nuns and convents! Most prolly because I had such fond memories of the nuns and sisters in my convent school since Nursery. Hence, I always have a soft spot for them whenever I see them strolling on the streets or in public transport. Having said that, unfortunately most (if not all!) of the lesfic romance featuring MCs who’re sisters/nuns, always seem to have sad, tragic endings. At least that’s been my reading experience. But this time, after reading the blurb, I decided to bite the bullet and take the proverbial plunge. Why? Prolly because it’s Hale? And also I just had a strong feeling that, this time around, maybe…just maybe…that there could be an HEA for a couple of Catholic school teachers after all and my heart wouldn’t be ripped out after slogging through the entire book filled with angst, eh? Well…  Needless to say, I found myself heaving a huge sigh of relief and smiling inside-out after reading the last sentence of the final page! Hope. Faith. Love. In the end…?

END_OF_DOCUMENT_TOKEN_TO_BE_REPLACED

I recently had a blast reading Brey Willows‘ Fury Trilogy (Afterlife Inc. series)! Never had I encountered anything like this before! All the Gods, Demigods, Demons, Devils, Furies, Angels, even the Cosmos, the list goes on… from all types of religions, philosophies, mythologies that you can think of, gathering together, mingling with mere mortals?! Wow! Now THAT’s original!

END_OF_DOCUMENT_TOKEN_TO_BE_REPLACED 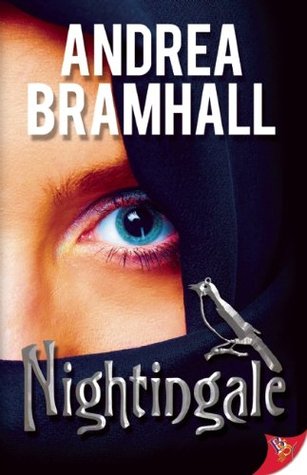 READ Andrea Bramhall‘s “Nightingale” if you haven’t already. I read it a while ago and was deeply affected, I was reeling for days. Re-reading it still gave me the same emotional effect like the first time. It truly was one of the most memorable and haunting love stories in lesfic I ever read. Definitely one of me favourites.

END_OF_DOCUMENT_TOKEN_TO_BE_REPLACED 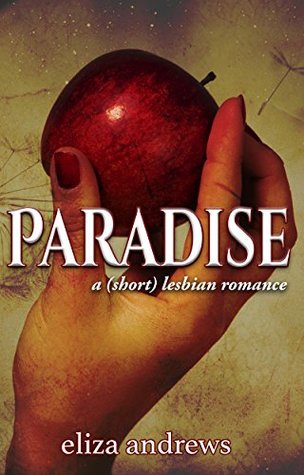 I have to admit, Eliza Andrews‘ lesbian romance novella, “Paradise,” was nothing like I’d read in lesfic before. Whilst I’d read multiple retelling of fairy tale stories, “Paradise” was different because it was a re-imagining of a renowned biblical story. Yes, the bible. And it was not just any other biblical tale but the one from the Book of Genesis. Yes, you’ve guessed right.

To be precise, Adam, Eve, the Garden of Eden, the forbidden fruit, the serpeant, the animal kingdom, Cain and Abel….and most importantly (imho!), Lilith* (name is not mentioned in Genesis but its representation is relevant to the narrative. Those who’re unfamiliar with Lilith can just google it and then you’ll understand its significance).  Anyway, I’m quite sure virtually everyone (in the Western Hemisphere at least!), whether religious or otherwise, has come across the story in the Book of Genesis, one way or another. Right? Okay. Brilliant.